I made a list of my published and available works using Google Sheets. Click HERE to view.

The work list already exists on joowonpark.net,  but the HTML format is difficult to sort, analyze, and assess. A catalog in spreadsheet format allows me to revise and manage the pieces with much more ease. The current file has the following information per piece:

There are 121 pieces listed in the catalog as of December 2022. The number is more than the entries in my BMI catalog, which is currently 98, for the following reasons:

I also had to decide how to catalog 100 Strange Sounds and CMPE. The two were multi-year projects consisting of many short pieces. I had to choose to count them as two long compositions or 132 separate pieces.

The most challenging part of cataloging was deciding what not to include. My principal guideline was whether the piece had online documentation.

My productivity increased to a satisfactory level after graduate school. The number of presentable pieces per year was the lowest when I had the most time to work on music as a graduate student. Conversely, my productivity peaked when I had the least amount of time. I had a newborn baby and a first-grader to raise in 2015, but I released an album and was working on the next one. I accept that the pieces I made before 2009 were not good enough to get into conferences and invited shows. Also, I started using platforms like YouTube to facilitate sharing and documenting work after finishing school. 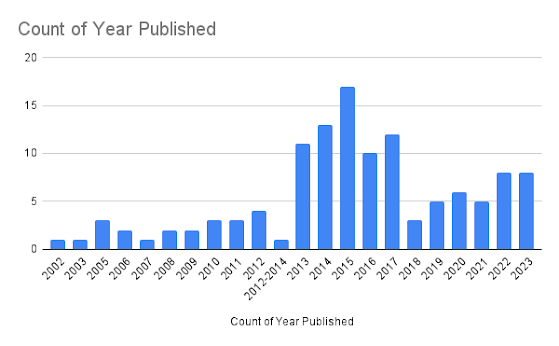 The number of album releases and large-scale works indicates that I work well with long-term projects. Creating an album with a theme keeps me in creative mode. Multi-movement electroacoustic work is fun. A single piece that requires an extended amount of time to gather sources or produce sounds positively challenges me. I will consider my experience in planning and executing long-term projects as my strength and continue developing it. 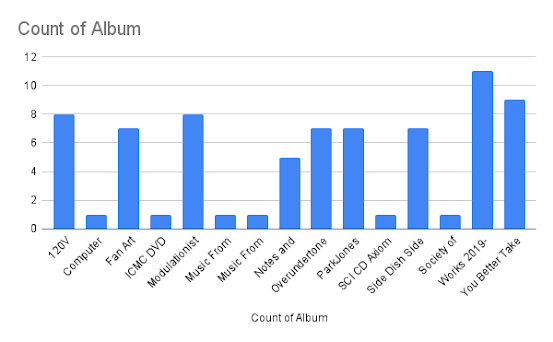 Co-creation accounts for about 30% of my creative output. I thought I preferred working alone, but the pi chart says I am not bad at collaborations. I am confident that I can tackle bigger projects involving multiple personnel in the future. 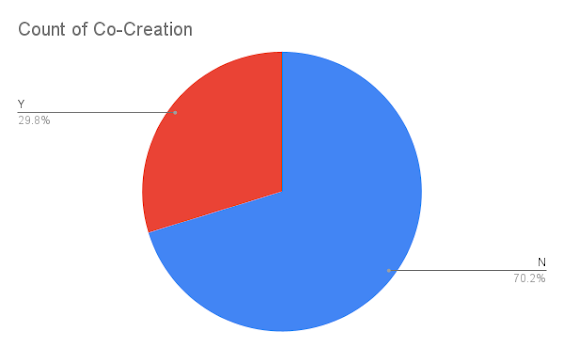 There are a few things to improve in the catalog. I want to record each piece's duration to compare the effort I put into each work. I can also list performers who premiered the piece. The number of performances per piece can also be pertinent data for the catalog. Analysis of such data can show me where to concentrate my creative energy for the next few years.
Labels: catalog composition research 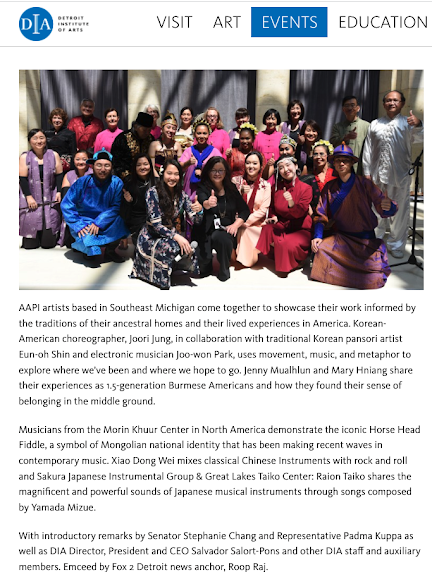 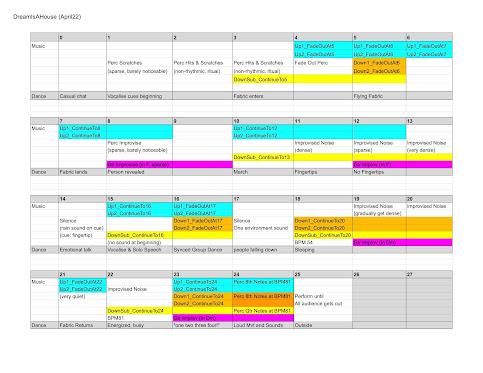